Ah, the first unit of Spanish Scutarii is complete. This unit took a little extra time to finish, especially with all of the large shields that I hand painted, but it was well worth it in my opinion. Despite them taking a fair amount of time, the painting never became tedious or boring due to the wide variety of poses (many thanks to Relic Miniatures) and to the fairly diverse color palette that I used.

I knew that I did not want the unit to look as uniform or martial as some of the Libyan veteran units, but I still wanted them to appear to be a cohesive unit. I tied them all together with a subtle color palette of greens and tans for the tunics and other such things, but with a very striking black and orange theme that was used on both the shields and for the distinctive plumes. I also used about four different shield patterns, but I would reverse the colors on several shields to add to the chaotic look of the unit while still maintaining its visual "integrity".

These are ready for battle just in time for another meeting with the Romans this weekend! I hope you enjoy the photos. 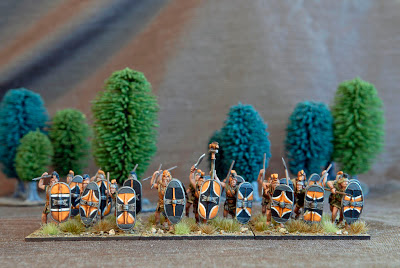 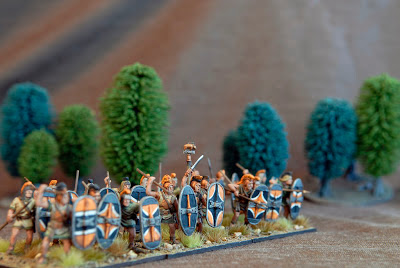 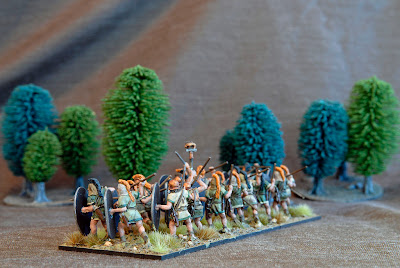 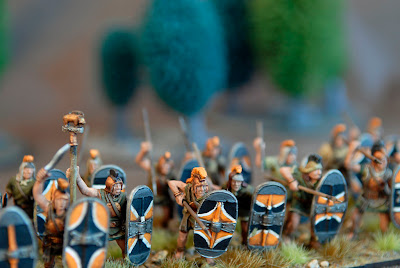 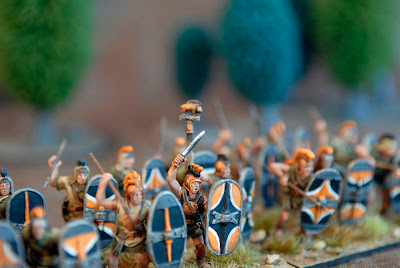 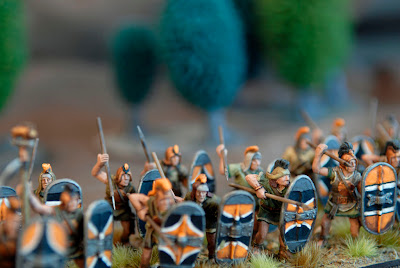 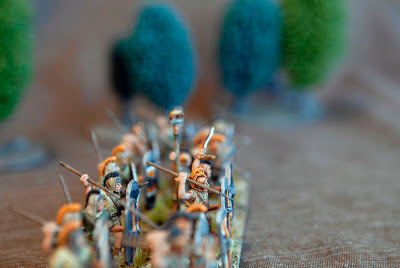