A Standard Bearer of Carthage

This is a standard bearer of Carthage. On the battlefield he will serve Mago Barca, the youngest brother of the great Hannibal. He carries the crescent moon and sun symbol of Tanit, the Great Goddess of Carthage, worshiped as the city's chief Deity.

Tanit is a Sky Goddess who ruled over the Sun, Stars, and Moon; and as a Mother Goddess She was invoked for fertility. The palm tree is Hers, as the desert version of the Tree of Life; and as symbolic of the life-force of the Earth the serpent is Hers as well—in fact Her name means Serpent Lady.

Tanit was the highest Deity of that city, called the Lady of Carthage. With Her consort Ba'al-Hammon, the God of the Sky, She watched over and protected Carthage. As a protective Deity She had some martial aspects and is sometimes depicted riding a lion holding a spear or long scepter.  In Carthage She was said to have an Oracle; perhaps this is connected to Her role as Star-Goddess. 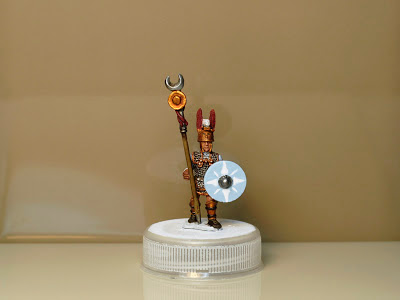 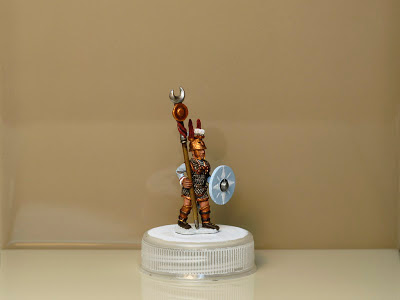 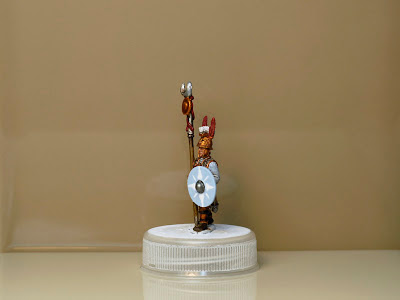 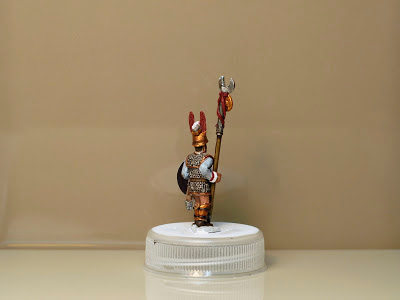