Arathorn, Chieftain of the Dúnedain

There is some building excitement and energy within our local club to get back to playing Lord of the Rings regularly. To get myself back into the game (and for a break from painting the ancient Iberians) I decided to paint an old metal figure of Arathorn, father of Aragorn, that I have had for awhile. I will be using Arathorn in a themed army with Rangers or Arnor and Treebeard. Setting aside other opinions of Games Workshop for the moment, their models are often very, very fabulous and this one was a real treat to paint.

Arathorn is the son of Chieftain Arador of the Dúnedain and a descendant through many generations of Isildur himself. He first appears in annals at the age of fifty-six, seeking the hand of Gilraen as his wife. Gilraen at that time was just twenty-two years old.

The following year, Arathorn's father Arador was slain by trolls, and Arathorn took on the title of Chieftain of the Dúnedain. Gilraen bore him a son, who was given the name Aragorn. Arathorn died at the age of sixty when he was shot through the eye by an arrow while hunting orcs. After the death of Arathorn, Gilraen took their son to Aragorn Rivendell, where he was fostered by Lord Elrond. 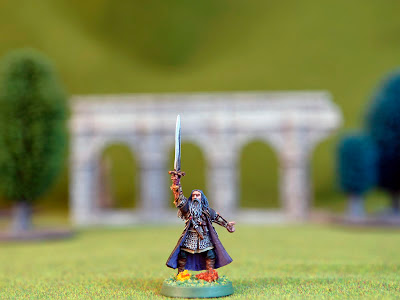 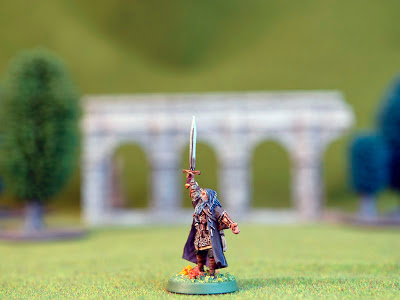 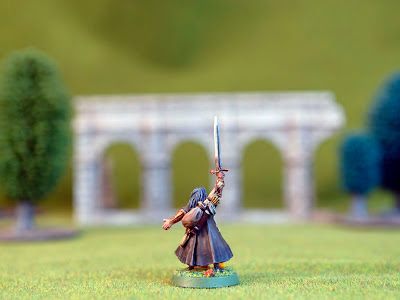 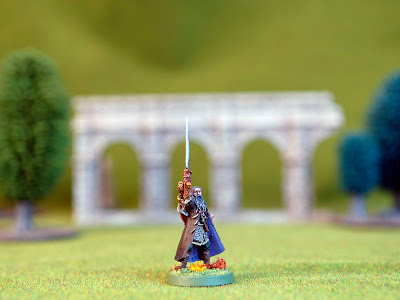 Email ThisBlogThis!Share to TwitterShare to FacebookShare to Pinterest
Labels: Lord of the Rings